This Page has been archived – this show is no longer carried on Sunny 101.9

Delilah, the most-listened-to-woman on radio in the U.S., embraced the medium when she was a middle-schooler in Reedsport, Oregon, reporting school news and sports on KDUN-AM, a small station in her hometown. Today, her soothing voice, open heart and love of music has expanded her audience from the folks in Reedsport to more than eight million people on over 200 radio stations in the U.S. and Canada.

Her distinctive blend of story-telling, sympathetic listening and encouragement – all scored with adult contemporary soft rock – makes her top ranked in most markets among women 25-54.

Delilah says her show is a “safety zone where listeners take off their armor, slip into a ‘Mr. Rogers’ cardigan, sit around the electronic hearth and share their secrets.”

She adds that her audience is “just like me and the two women working on the show, who were once listeners. We are single parents who work hard to strike a balance between family and work life. We also enjoy our friendships and remember to laugh as much as possible.”

This Page has been archived – this show is no longer carried on Sunny 101.9

Delilah is also an author whose latest book, “Love Matters,” was released in October of 2008. Published by Harlequin Books, Delilah shares her perspective on love and includes stories from her radio listeners.

As a single mother of 10 children, seven of whom she adopted, Delilah has established a foundation called Point Hope as a voice for forgotten children everywhere. The immediate focus of the Foundation is on refugee children in Ghana and on special needs children in the foster care system nationwide and in her neighborhood of White Center in Seattle.

In addition to a passion for children and radio, Delilah is devoted to music because “it touches the heart the way nothing else can.” Her father had a Country-Western band, and her brother played in a Jazz band. Though she writes lyrics, she cannot sing. Delilah says, “I always wanted to be a performer, but I can’t sing, dance or act. Luckily, I found I could talk!”

Delilah, loves her work “because it has allowed me to bring together a distinct community of people who reach out to help one another. We don’t try to fix people. We listen. We sympathize. We empathize. If the show has a message, it’s listen to your own gut. Trust your own intuition. Go where it leads. Don’t give up.”

Daily broadcasts, caring for her children, running a foundation, writing books, traveling and public speaking add up to a very busy life for Delilah.

And she wouldn’t have it any other way.

Here are some reviews:

“She laughs with abandon, shouts out to make a point and tells anecdotes with a panache that you wouldn’t usually associate with an AC personality.” Chuck Taylor, Billboard Radio Monitor

“Delilah wants every call to end on an ‘audio hug’ of empathy and recognition, and it does, it does. Inevitably she lifts us up where we belong – where eagles fly, etc.” David Shields, The New York Times Magazine

“(Delilah) treats her listeners like they are friends gathered at her not-so-fancy kitchen table, sharing some soft-rock tunes, some tea and some stories.” Brad Kava, San Jose Mercury News

“On and off the air, she is the friendly next-door neighbor with time to talk over a virtual backyard fence.” Jo Thomas, The New York Times

“The Schtick is not that of a psychologist. Rather than trying to advise the callers or fix the situation, Delilah simply relates to the audience. Then, she matches the situation with music.” Radio Ink

Register to Participate in The Iron Range Roll
Register For The Design, Dig & Develop Giveaway 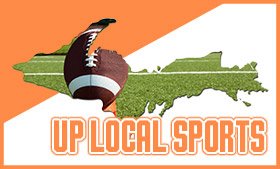